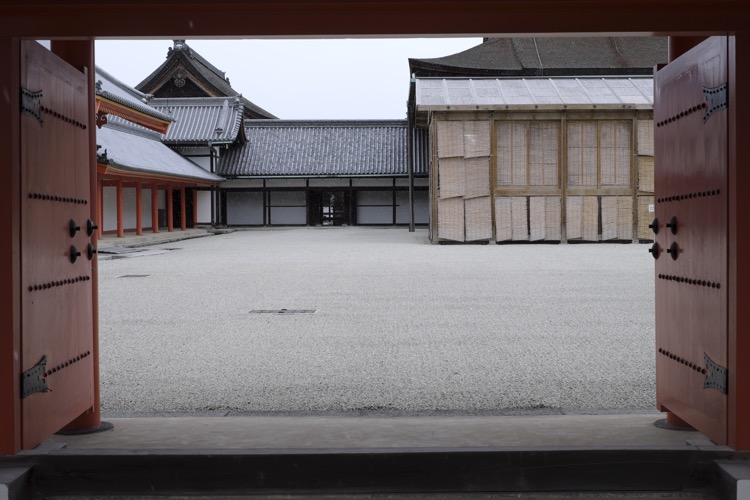 Over winter a temporary building is erected in the courtyard of the Imperial Palace in Kyoto.

The building protects the ukonno tachibana (a mandarin orange tree with symbolic associations) from the winter weather.

The frame and roof of the building is sturdy to fulfil its function and appears to be built with the same level of care and attention as the permanent palace buildings.

The building has a consistent architectural expression to its neighbours but is allowed to be raw in its execution and in the case of the bamboo screens there is a feeling of dishevelment, as if sheets left out on a line to air have been rumpled by the wind.

The screens also give an impression of accelerated ageing, as if they have succumbed to decades of gravity or of shutters that have been worn down and the shrunken panels rehung, they speak of a way of ageing that is resisted in the otherwise perfect stability of the palace.